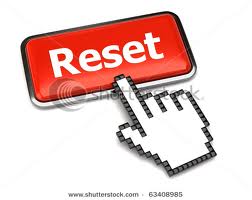 Well the EU Summit came and went, and the only thing accomplished was that the EU governments and the ECB renounced their senority on loans made to bailed out countries. This isn't a small deal, actually-- it will help Spain and others in the secondary bond markets now that the investors realize that if something goes wrong in these nations (like it did in Greece) that in any bankruptcy scenario their investments are now senior. That said, will this solve the problem ? No it will not. There are no EuroBonds. No Shared Banking System. No increase in the EFSF or ESM. Above all, there is no debt forgiveness. When I read the headlines, it said "Merkel blinks". But from where I'm sitting, "Frau Nein" held firm. Spain, Italy and the rest are just as insolvent as they were before the Summit. There was talk of a stimulus package, but Spain and Italy refused to do it unless Germany caved in and agreed to EuroBonds. Unbelieveable that beggars have indeed become choosers. I look for another "Emergency Summit" by mid-August.


In the end, these nations cannot hope to pay their debts; most cannot even hope to balance their budgets-- us included. Worse, due to the size of these debts and the weakness of banks globally {most big banks are still very badly undercapitalized, especially given the credit default swaps they've written}, there is, given enough time, very little chance the banking and financial system that exists today will endure. One day soon enough the world's economic system will be faced with a crisis they cannot fix with bandaids, hot air or empty promises. Spain or Italy are the most likely triggers. It's then that there will have to be a very serious meeting on what to do. One answer would be to print over the problem on a global scale; a sudden and massive devaluation-- a Plaza Accord on steroids. But this presents several difficulties, primarily that of credit default swaps that did'nt exist in the time of the Plaza Accord. Credit default swaps {or CDS's) are a form of insurance; many are written on interest rates and currency exchange rates as well as bankruptcy protection. For example I can get a CDS on a bunch of Italian Bonds I bought; the CDS will pay me money if the currency in which the Italian Bonds are written goes down by 10% or more. Worse, who on earth would buy a German Bond that pays 2% over ten years if the inflation of the currency in which it's written is 8% a year ? Then we come to the part where this sudden money printing brings inflation to the common people-- what if the price of gas went from $3.59/gal to $4.99/gal overnight ? Inflation brings people's family budgets to their knees and they begin defaulting on their debts. Many will panic and begin withdrawing their money from banks and stock. Overall, I believe that a sudden, massive currency devaluation might bring on consequences the central bankers did'nt forsee. Here's a chart on Wiki on credit default swaps and how much are written; take a look at how much is in Forex {currency insurance}: http://en.wikipedia.org/wiki/File:Credit_default_swaps_vs_total_nominals_plus_debt.png .

Insolvent nations, insolvent megabanks, insolvent Central Banks, unpayable CDS's written by the trillion-- this is not how to run a financial system, folks. But is it within the Wit of Man to some up with something better ? If so, how would we get from here to there ? Being rather overcaffeinated this morning and having made promise on last week's post to present my Answer To All, here we go.

To begin with, lets look at when there was a really good, functioning financial system and how it all went bad. We don't have to look very far. When I was growing up in the 1970s, the financial system was much, much different than the one we have today. I clearly remember my father bemoaning the fact that he needed 1/4th down to purchase a house or a car. It forced him to do something he did'nt like: he was forced to live within his means-- indeed, under his means-- in order for him to save the 25% needed to purchase his house. In the Big Picture, the money he was saving was used as "Tier 1 capital" by the bank to expand their ability to loan to more people at the 10-1 loan-capital ratio of the time. The more money in the vault = greater ability to loan. This system worked beautifully from the mid 1930s to the mid 1980s. We as a nation were the world's largest creditor nation; we had a healthy banking system.

Then came Alan Greenspan-- and with him, out went that stable financial system. Glass Steagall and 10-1 capital ratio were jettisoned. Banks went to 30-1 or more. In 2000, Clinton {with Greenspan's strong encouragement} signed laws allowing credit default swaps. Before long, people with horrible credit scores and no money down were getting homes and big banks were writing CDS's. Whoops.

And here we are.

My idea is to get us back to the system that existed during my father's day. Stable, simple, one that forces people to save and live within their means. In other words, I want to turn the financial system clock back to 1964-- the year your humble author entered this world. How do we get from here to there with the system we currently have ? First off, there is no painless way-- someone's going to lose, and really is the big question here. My idea is to spare the common people at the expense of bankers, government and the investor class. Simply put, if the common people are made to pay dearly for the wealth of bankers, investors and government elite, many of them will grab pitchforks and take control of their local governments {city, county level}. If done in enough places, vast areas of countries become ungovernable. So here specifically are my proposals:

1. Immediately reinstate Glass-Steagall.
2. Immediately reinstate 10-1 Capital Ratio
3. Immediate debt forgiveness for everyone: personal, government, corporations.
4. No company will be greater than 2% of GDP in size-- if so, it will be broken up
into many smaller entities.
5. Mortgages & Cars: Banks will renounce all claim to residential homes and cars
not currently in their possession.
6. All Tier 1 deposits {savings, checking, CDs} will be guaranteed up to $100,000.
7. The Fed will purchase $600 billion in corporate bonds and bank CDs
8. Constitutional Amendment banning public debt at all levels of government.
9. Ban on all forms of leveraged transactions, including commodity, stock, bonds.
10. Ban on all naked CDS's.


These actions will give our country a working, proven, stable financial system. It will give to the people about 100 million homes and 20 million cars-- a massive transfer of wealth from bankers to the common people so as to insure social stability. Losers ? The investor class-- many will see their pensions wiped out; their retirement savings will be gone as many people invested in government bonds and stocks. Many elderly will complain bitterly, and rightly so. But it was their generation that benefited most from the old system, which was designed by their generation. Heaping debt upon your children will not be part of my solution. The Chinese and other foreign creditors also complain loudly, but nations which possess 12,000 nuclear weapons do not suffer military attack due to debt default. The Chinese will move forward. With the American people no longer indebted by mortgages or auto debt, they'll be buying Chinese products like never before.


As for the banks, they will wake up the next morning and discover that they have no debts, but they do still have some assets-- the Tier 1 deposits, repossessed commercial & residential buildings. By 10am, The Fed will be purchasing large amounts of their CDs. They will be able to open their doors and begin loaning money again-- but due to the 10-1 capital ratio, will begin demanding 25% or more down on most loans. The people, no longer indebted, begin spending and saving more than before. The Fed's $600 billion jump start will help get capital to corporations to begin again. There would be a Depression for sure-- but with a stable, debt free  financial system in place and societal stability, I dare say recovery will come quickly, especially with a ZIRP policy in place by The Fed.


If the system does collapse, will anything like this see the light of day ? Never. Those in power never give up without a very ugly fight.


Update 7/7 9am: Mish posted an interview with an Australian economics professor named Steve Keen, who suggests essentially a QE for the public. His idea is to give all individuals $100,000. This money must first be used to pay down debt. If you are a frugal, debt free sort {or a wino in the alley} you simply get a check in the mail. My comment is that this cannot be done all at once {roaring inflation}; but if it's done over a five year period, lets say you get the money on your birthday each of the five years.. this could work very, very well for most and it would'nt simply punish those who save as my plan would. Implementing such a system would be an interesting proposition, however-- would there be an "administrator" who would pay down my debts and/or decide who gets how much ? I would also suggest that for those who earned less than $8,000 last year perhaps give them only a third that which would be given to those who work full time (unless it's debt forgiveness). One thing I'd add is that to avoid such problems from arising again we should implement my 10-1 leverage ratio hand in hand with any such giveaway. Here's the link to the video: http://globaleconomicanalysis.blogspot.com/2012/07/steve-keen-goes-off-deep-end-with-debt.html