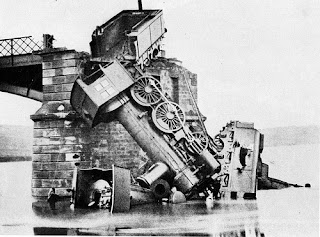 There are several very big problems converging together right now-- Brazil's economy has now stalled. India as well, and they are having serious problems controlling runaway inflation. China's manufacturing index has gone negative. Here in the US, job creation has stopped cold in it's tracks. And in Europe, Spain's economic situation is deteriorating very quickly, so much so that a bailout is now being openly discussed this weekend. The cost of rescuing Spain's banks is now between $75-120 billion, and Spain itself cannot possibly borrow this amount on the open market without immediately causing a bond crisis. The problem is, nobody has enough money to bailout Spain. These will send Spain's Bonds plummeting-- unless the ECB quietly steps in, which it appeared to have done late last week. Bank runs in Spain are accelerating; the yield of the German, US and UK ten year bonds are at record lows as people and investors bail on Spain and stash their money into what they consider safe havens. Worst of all, the VIX-- a measurement of volatility and sometimes called the Fear Index, is creeping back up again, nearing 30. When the VIX rises above 40, something is going badly wrong. During the Lehman crisis it went above 80. Ambrose's article today warns that global lending has contracted at a rate since the Lehman Crisis. Unless something is done on a grand scale, I look for the VIX to top 40 again by week's end. For anybody looking to measure the danger level in real time, here's a link to the VIX measurement: http://www.cboe.com/DelayedQuote/DQBeta.aspx?content=http%3A%2F%2Fdelayedquotes.cboe.com%2Fnew%2Findices%2Fquote.html%3FASSET_CLASS%3DIND%26ID_NOTATION%3D8941863

Late last week I was convinced Bernanke would pursue another round of QE, but after a closer look, I'm not convinced reducing the interest rate on the US Ten Year from a record low of 1.45% to something under 1.2% would so much good. There is talk of the IMF stepping in to help Spain, and Bernanke himself could do so as well-- but doing either of these will be relentlessly attacked by the Republican opposition as a bailout of Spain instead of California. Look out for deflation and the continued sinking of commodities. For all who read this, if you see gas sink below $3.00/gal you should be afraid-- very afraid. Bernanke and the Fed meet again in a couple weeks; if the deflation train continues, I guarantee he'll so something. The problem is, we are now nearing what some call the Keynesian End Point and I fear that he has few options that will accomplish anything meaningful.
Posted by Mr. Kowalski at 4:16 PM